What are you looking for?

You are currently on the: 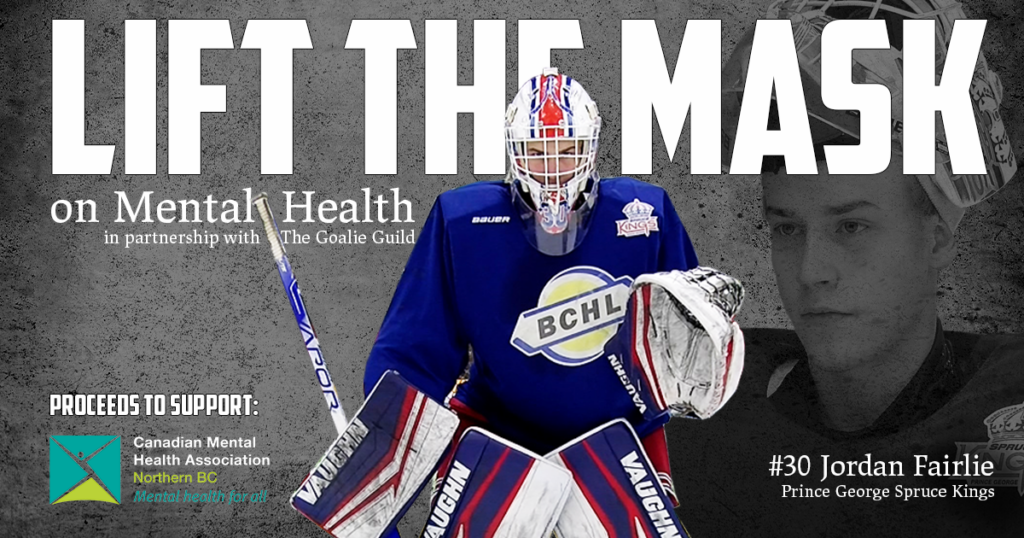 “In my time playing hockey, I’ve seen the impacts of mental health on young athletes in both myself and my teammates. Today, I am excited to announce my “Lift the Mask on Mental Health” campaign, in partnership with The Goalie Guild.”

Earlier this season, Fairlie became an ambassador for The Goalie Guild, a non-profit foundation dedicated to the advancement of hockey goaltenders and the goaltending craft.

Fairlie has set a goal of raising $20,000 by the end of the BC Hockey League regular season. Growing up in Fort St. John and playing his junior hockey in Prince George, the 20-year-old recognizes the unique challenges faced by people living in the region and wanted a way to give back to the community.

“Speaking for myself and the Spruce Kings, we were really proud when Jordan approached me about wanting to launch a mental health campaign,” said Ethan Ready, Director of Communications and Broadcasting. “To have a player who wants to make as much of an impact off the ice as he does on it is what we want to achieve with our players. It’s what being a Spruce King is all about.”

The CMHA is working with Fairlie every step of the way to ensure “Lift the Mask on Mental Health” is a success. Once the campaign finishes, Fairlie will meet with the organization to decide where the donations will go to support the programming with most need.

Jordan’s efforts will mean that CMHA can strengthen our services in the realm of prevention and early intervention and allow us to flex to better meet the needs of those requiring more intensive support.  His leadership is humbling and we are so very pleased to partner with him.”

Donations are being accepted from now until the end of the Spruce Kings regular season on March 25.