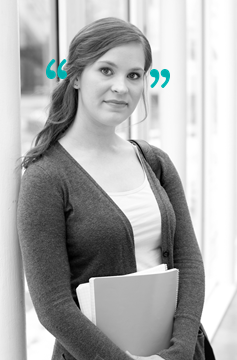 People are fascinated by strange paradoxes. The idea that social media makes us more lonely sounds enticing because it seems true on first observation, and because it contradicts the purpose of social media. Social media is meant to make us feel more connected, but sometimes it doesn’t. Sometimes the environment of social media influences how we feel. For someone who is feeling lonely, they may accept their feeling as possible proof for what is typical in the general population. However, a satisfying answer of whether the internet makes us feel lonelier may be more complex.

One important concept to note is that being alone, and feeling lonely are not the same thing. Many introverts, for example, may not feel lonely as easily as their fellow extroverted friends. Perhaps the key to not feeling lonely is empathy. Tim Berners-Lee, the inventor of the World Wide Web, said in his book Weaving the Web that,

The Web is more a social creation than a technical one. I designed it for a social effect—to help people work together—and not as a technical toy. The ultimate goal of the Web is to support and improve our weblike existence in the world. We clump into families, associations, and companies. We develop trust across the miles and distrust around the corner.

Online forums seem to fit Tim Berners-Lee’s vison. Through a simple Google search, you can find a forum on just about any topic. The internet provides a voice for people who wouldn’t have a voice otherwise. The world has largely become more empathetic because we are now able to find the people who have similar experiences as ourselves.

One drawback is that some online communities become less sympathetic because of this effect. In other words, because they can easily find a small special interest community, they may not have to challenge their own views or relate to people outside their group. This phenomena is known as cyber balkanization. It is difficult to determine how common cyber balkanization is on the internet, but it reveals an interesting social truth: if we only empathize with the wrong people, and refuse to sympathize those different from ourselves, we aren’t learning about the cause of eachothers’ misunderstandings in society.

Many pieces of published writing have looked at the effect the internet on loneliness. There has been several studies claiming that social media makes us lonelier, and several that claim the opposite. The media, to some extent, has sensationalized these studies to look more at the argument that social media does make us more lonely. Social Isolation: Americans Have Fewer Close Confidantes is a paper that has gained a lot of attention in the media. The study claims that the percentage of Americans who had no one to confide in tripled between 1985, and 2004, from about 8 to about 25%. The statistic seems too big to ignore, but the authors later admitted that the effect could be as low as 10%. One author in the study also discussed that the change in loneliness likely did not have to do with technology at all, but rather changing economic, and living conditions.

The internet may make some of us feel more lonely, but only if we accept that reality. At the end of the day, the internet is a tool that we choose to use how we decide. The internet can bring us closer together, and farther apart. If the internet is used to avoid people, it certainly will be good at achieving that goal. The internet also makes it easier to connect with people outside of the internet.

To use the internet in a way that creates real meaningful interactions we should keep a few concepts in mind: